The Global Tourism Economy Forum (“GTEF” or “the Forum”), an official partner of the 2018 EU-China Tourism Year (ECTY 2018), co-organized the EU-Macao Light Bridge illumination ceremony with the European Union (EU) Office to Hong Kong and Macao. The ceremony took place at Sai Van Lake Square to celebrate Europe Day as part of the ECTY 2018, and the 25th anniversary of the establishment of the EU Office to Macao. The city’s landmark Macau Tower Convention & Entertainment Centre (Macau Tower) was illuminated in blue, the colour of the EU flag, representing a symbolic bridge of light with the EU. 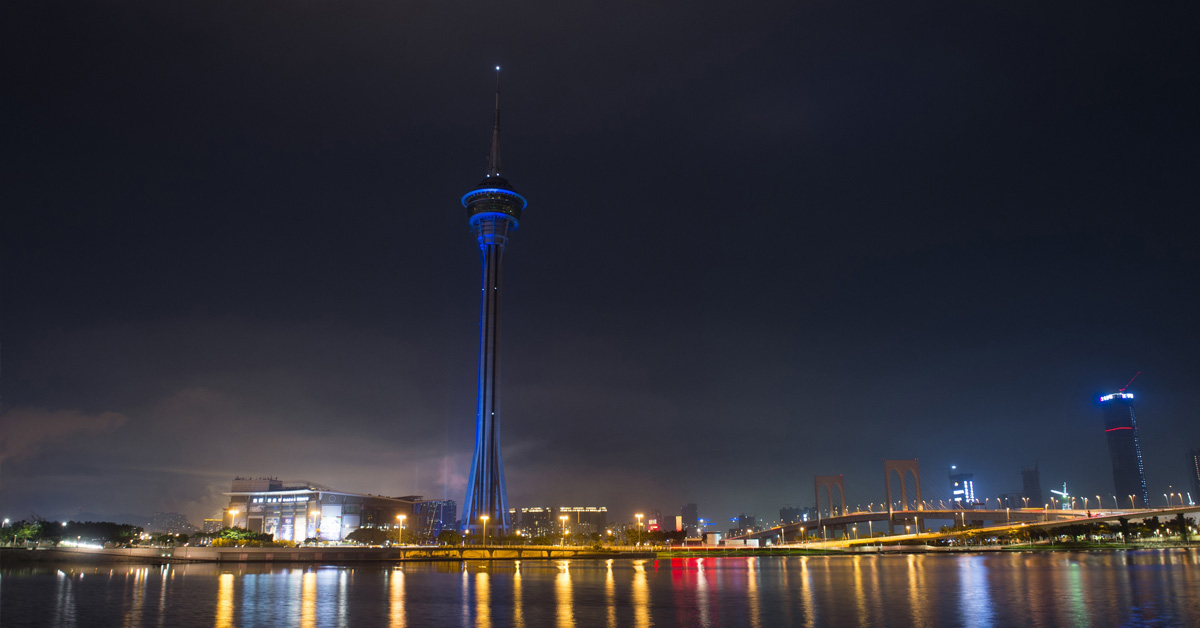 The city’s landmark Macau Tower Convention & Entertainment Centre was illuminated in blue, the colour of the European Union flag, representing a symbolic bridge of light connecting with the EU.

The EU-China Light Bridge, one of the many exciting ECTY2018 events, is a collaboration between the European Commission, the European Travel Commission (ETC), numerous municipal councils, cultural institutions and tourism boards in Europe. More than 60 landmarks, iconic sites and venues across EU countries, namely Austria, Belgium, Croatia, Denmark, Estonia, France, Germany, Hungary, Ireland, Italy, Malta, Portugal, Romania, San Marino,Slovakia, Spain and the United Kingdom took part in early March, coinciding with the celebration of the Lantern Festival in China. Participating sites were illuminated in red to form the EU pillar of the Light Bridge. This Light Bridge is part of the ambitious programme of activities prepared for the EU-China Tourism Year. The ECTY aims to promote the European Union as a travel destination in China, provide opportunities to increase bilateral cooperation as well as mutual understanding and create an incentive to make progress on market opening and visa facilitation.

Chinese Premier Li Keqiang conveyed this message at the opening ceremony of ECTY 2018 in Venice this January: “ECTY 2018 is an initiative that will expand mutual tourism cooperation and personnel exchanges, promote exchanges between civilizations and establish closer people-to-people ties, drive common development and win-win reciprocity and inject new impetus into the development of comprehensive strategic partnership between China and EU in the new era.” 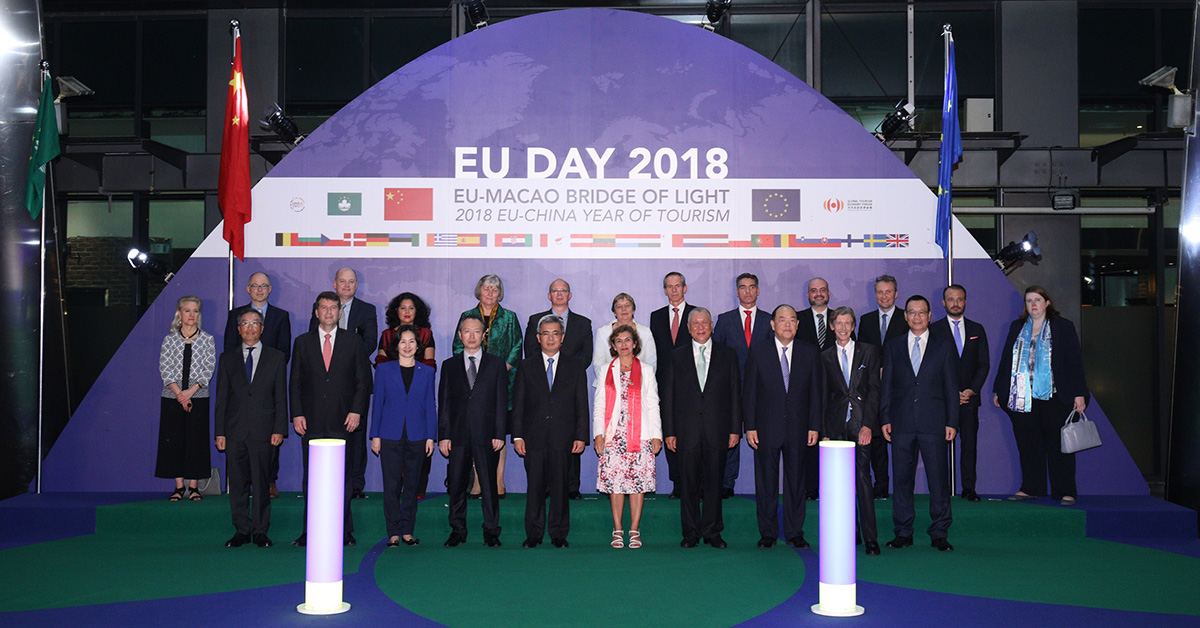 During the ceremony, Ambassador Cano said:

The Macao ceremony was officiated by Ambassador Carmen Cano, Head of Office of the European Union Office to Hong Kong and Macao, and Mr. Wong Sio Chak, Acting Chief Executive of Macao SAR and Secretary for Security of the Macao SAR Government. Mr. Ho Hau Wah, Vice Chairman of The National Committee of The Chinese People’s Political Consultative Conference (CPPCC) and Chairman of GTEF, Mr. Yuan Hengge, Deputy Commissioner of the Ministry of Foreign Affairs of the People’s Republic of China in Macao, Mr. Ho Iat Seng, President of Legislative Assembly of Macau Special Administrative Region, Ms. Pansy Ho, Secretary-General and Vice Chairman of GTEF, the Consuls General and trade commissioners of the EU Member States to Hong Kong and Macao, Macao SAR government officials, Professor Kit Thompson, Chairman of The Macau European Chamber of Commerce, Mr Rutger Verschuren, Chairman of the France Macau Chamber of Commerce, Mr. Tony Un, Chairman of the German Macau Business Association, and tourism leaders were among the attendees of this special event.

Following the successful illumination ceremony at the Macau Tower was a dinner hosted by GTEF at MGM COTAI, the venue of GTEF 2018, with a presentation of the Forum to the EU counsel generals and representatives.

As an official partner of the ECTY 2018, GTEF 2018 will be held in MGM Cotai on October 23 and 24 under the theme “Strategic Partnership in a New Era, Rising Momentum for a Shared Future”, and will showcase the EU as the Partner Region. GTEF 2018 will also present Guangdong Province as the Featured Chinese Province with a special focus on the Greater Bay Area. Pioneering topics at the top of the public-private agenda, and dedicated to creating tourism promotion, investment and cooperation opportunities for tourism stakeholders, GTEF will use its pragmatic tourism exchange platform to drive discussions on strengthening EU-China commercial and cultural exchanges, and to provide opportunities to build EU-China cooperation and partnership through bilateral trade meetings, business matching, networking, workshops, exhibitions, etc.

The GTEF is hosted by the Secretariat for Social Affairs and Culture of the Macao SAR Government, co-organized by the China Chamber of Tourism under the authorization of All-China Federation of Industry and Commerce (ACFIC) and coordinated by GTERC in collaboration with UNWTO. GTEF’s supporting units include the Former China National Tourism Administration, the Liaison Office of the Central People’s Government in the Macao SAR, Office of the Commissioner of the Ministry of Foreign Affairs of the People’s Republic of China in the Macao SAR, World Travel and Tourism Council (WTTC), Pacific Asia Travel Association (PATA), World Tourism Cities Federation (WTCF), European Travel Commission (ETC) and Macao Government Tourism Office (MGTO).

Since its inception in 2012, GTEF has successfully established itself as an influential high-level cooperation platform to promote sustainable development in the global tourism industry with a focus on China. To date, GTEF had received more than 8,000 participants from 83 countries and regions, including delegations from 105 provinces and cities of Mainland China; and 437 internationally renowned speakers.