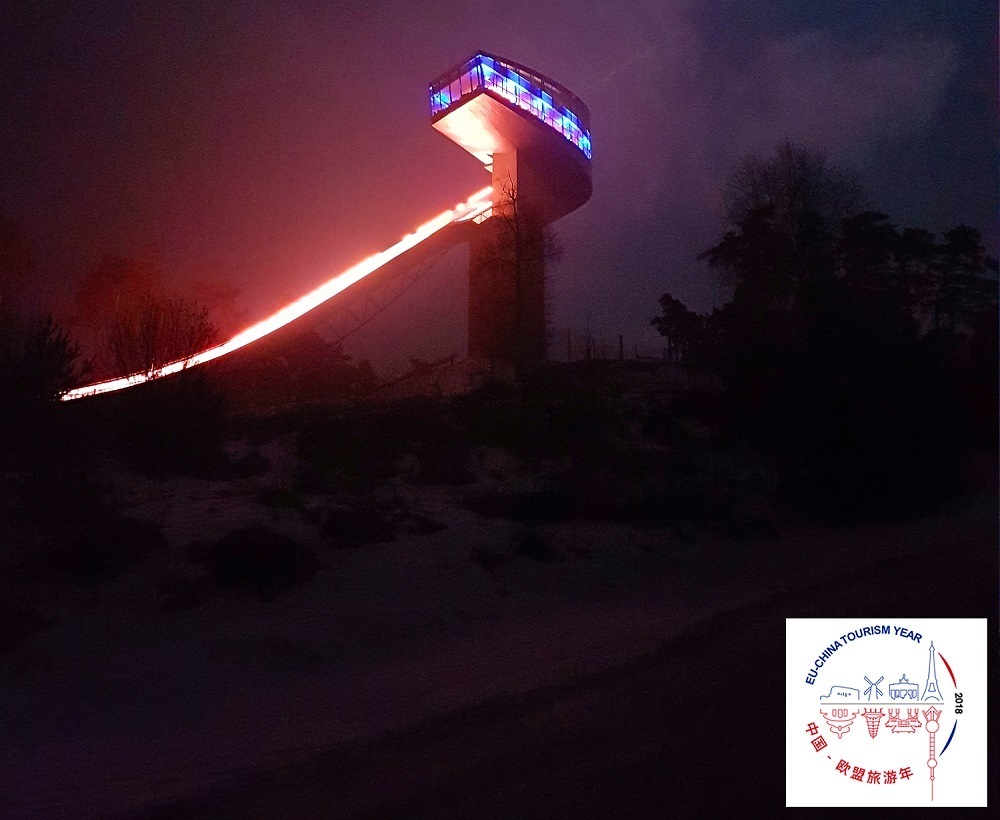 The Olympic Ski Jump in Innsbruck was illuminated in red on 2nd and 3rd March 2018.

Innsbruck in Austria hosted the Olympic Winter Games in 1964, 1976 and 2012 the first Youth Olympic Games. The Bergisel Olympic Ski Jump is the Olympic symbol of the city and visible throughout Innsbruck. In order to celebrate the EU-China Light Bridge and to wish China all the best for the upcoming Winter Olympics in 2022 the Ski Jump was illuminated in red on the 2nd and 3rd of March. 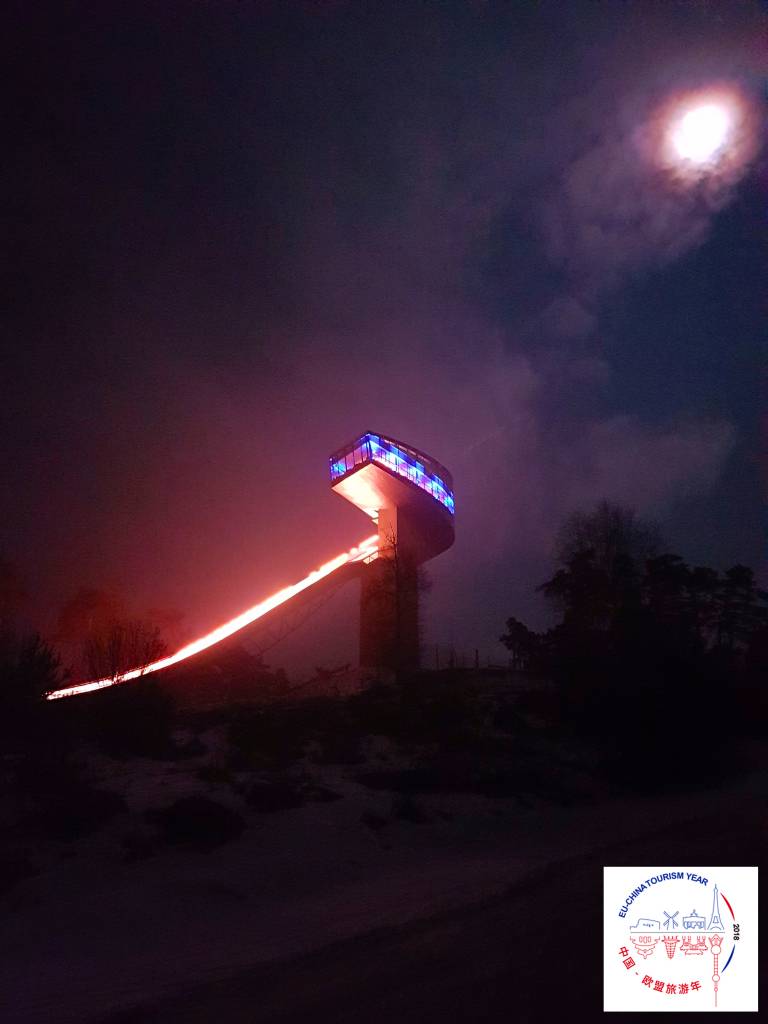