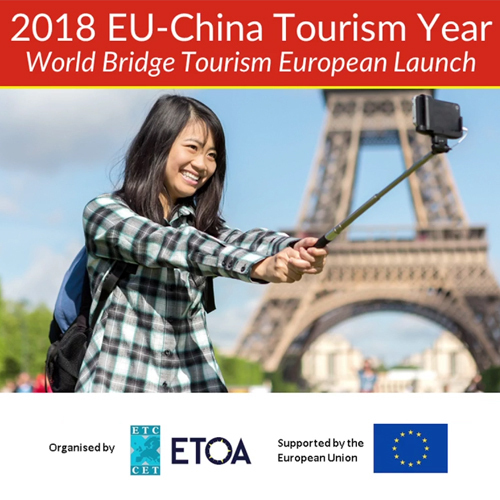 The World Bridge Tourism project will involve hosting 100 European tourism suppliers in May of 2017, who will meet with a similar number of Chinese outbound operators.

This networking workshop will take place alongside ITB China in Shanghai. This will be followed by a similar event at the ETOA Global European Marketplace in November 2017, where 100 Chinese Outbound Operators will gather to talk to a nominated group of European suppliers.

These B2B events will be supported by an extensive programme of research and webinars aimed at increasing the understanding of the needs of Chinese visitors within the European Tourism Community.

World Bridge Tourism will be the curtain raiser for a major initiative that will take place the following year, when the 2018 EU–China Tourism Year. During that year an unprecedented level of attention will be paid to the growing importance of China as an origin market, and the changing preferences and behaviour patterns of Chinese visitors.