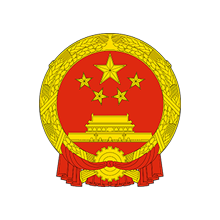 In celebration of the 2018 China-EU Tourism Year and the European Year of Cultural Heritage Ambassador Extraordinary and Plenipotentiary Head of the Mission of the People’s Republic of China to the European Union H.E. Mr. Zhang Ming invites to the Official Launch of the fourth edition of China Arts Festival in the EU.

With performances by the Northern Kunqu Opera Theatre and more.

Kunqu Opera is one of the oldest extant forms of Chinese opera. It evolved from the Kunshan melody, and dominated Chinese theatre from the 16th to the 18th centuries. The style originated in the Wu cultural area. It was one of the first Chinese opera styles to have been listed as a Masterpiece of the Oral and Intangible Heritage of Humanity by UNESCO.

The Peony Pavilion, also known as The Return of the Soul, was written by the prominent playwright Xianzu Tang (1550-1616). As one of his four dream plays, this play has long been regarded as a masterpiece of Chinese literature and Kunqu opera. Depicting the love story between Liniang Du, a sixteen-year-old lady, and Mengmei Liu, a young aspiring scholar, this play features unconventional plots which never fail to keep its audience in suspense. The Peony Pavilion blends elements of nature, youth, love and death, creating a beautiful and touching story that demonstrates the power of conviction and belief.

Legend of the White Snake is a classic Chinese folk tale featuring the immortals, demons and mortals. In the tale, a white snake transforms itself into a beautiful woman, who fell in love with and eventually married a mortal man named Xu Xian. A monk called Fa Hai intervenes and reveals to Xu Xian the true identity of his wife.  However, their love remains as strong as ever despite all the obstacles along the way.