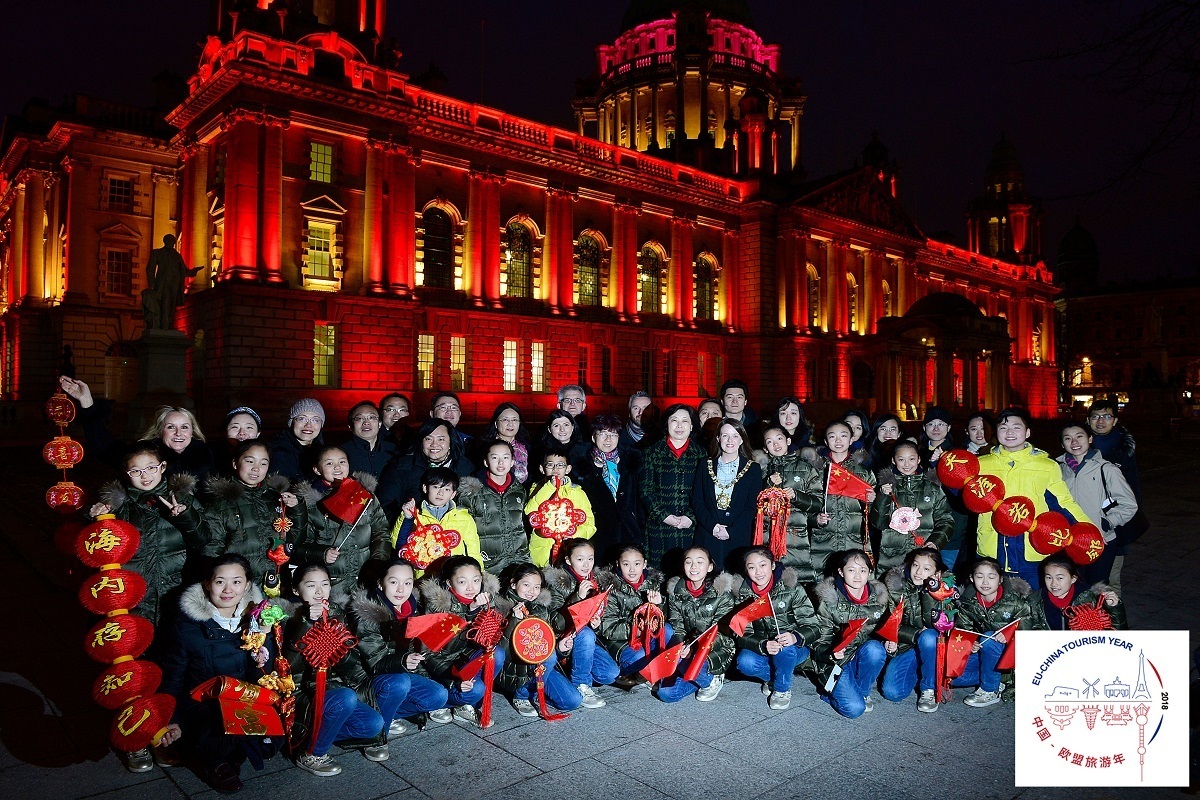 Belfast will mark the 2018 EU-China Tourism Year and Light Bridge project by lighting two iconic buildings in the city on 2-3 March 2018.

Belfast City Hall and the Victoria Square dome were lit in red. The occasions were marked by an official switch on by the Honourable Lord Mayor of Belfast, Councillor Nuala McAllister, and distinguished guests from the Chinese community, one of the oldest standing ethnic minority communities in the city.

This event was one of the many events across the city annually held to celebrate the Chinese Spring Festival and to mark the close working relationship Belfast has with China.

These events are organised in partnership with many stakeholders including the Chinese Consulate General; Confucius Institute; NI Government; Education, Business, Tourism players; as well as the Chinese community itself. 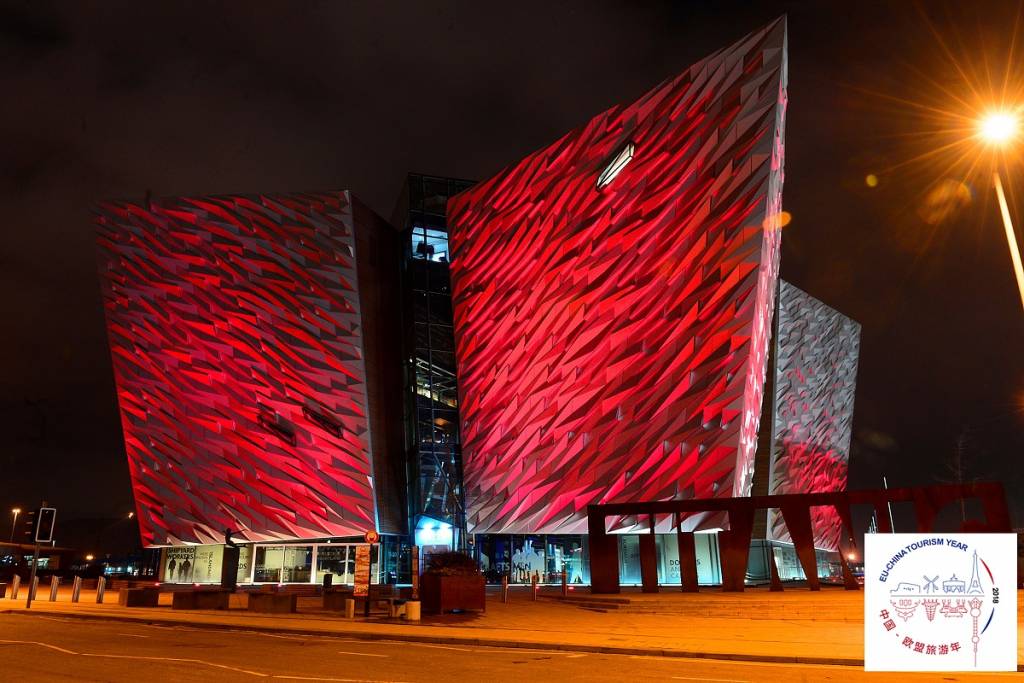 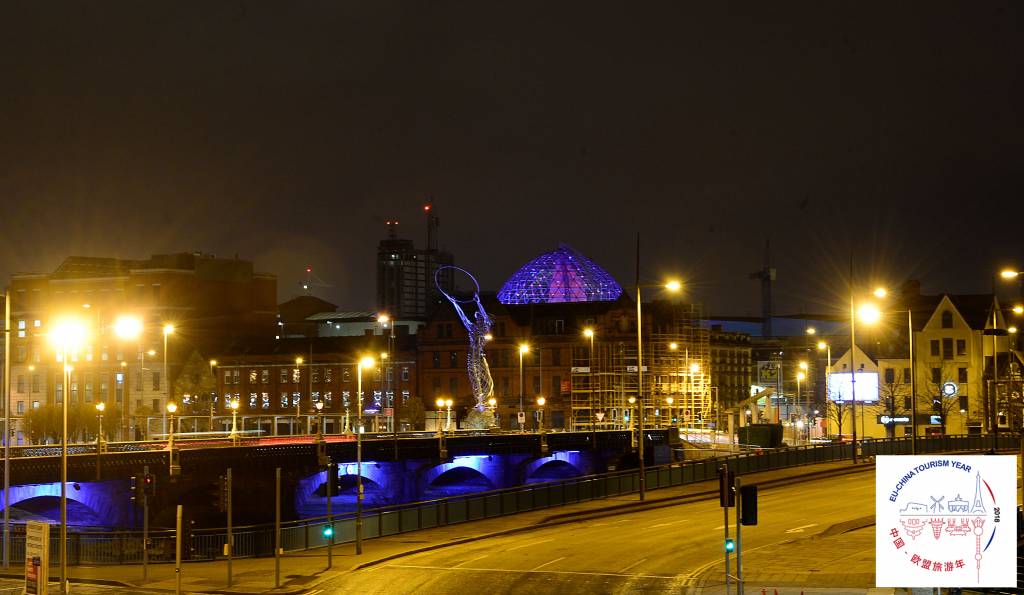