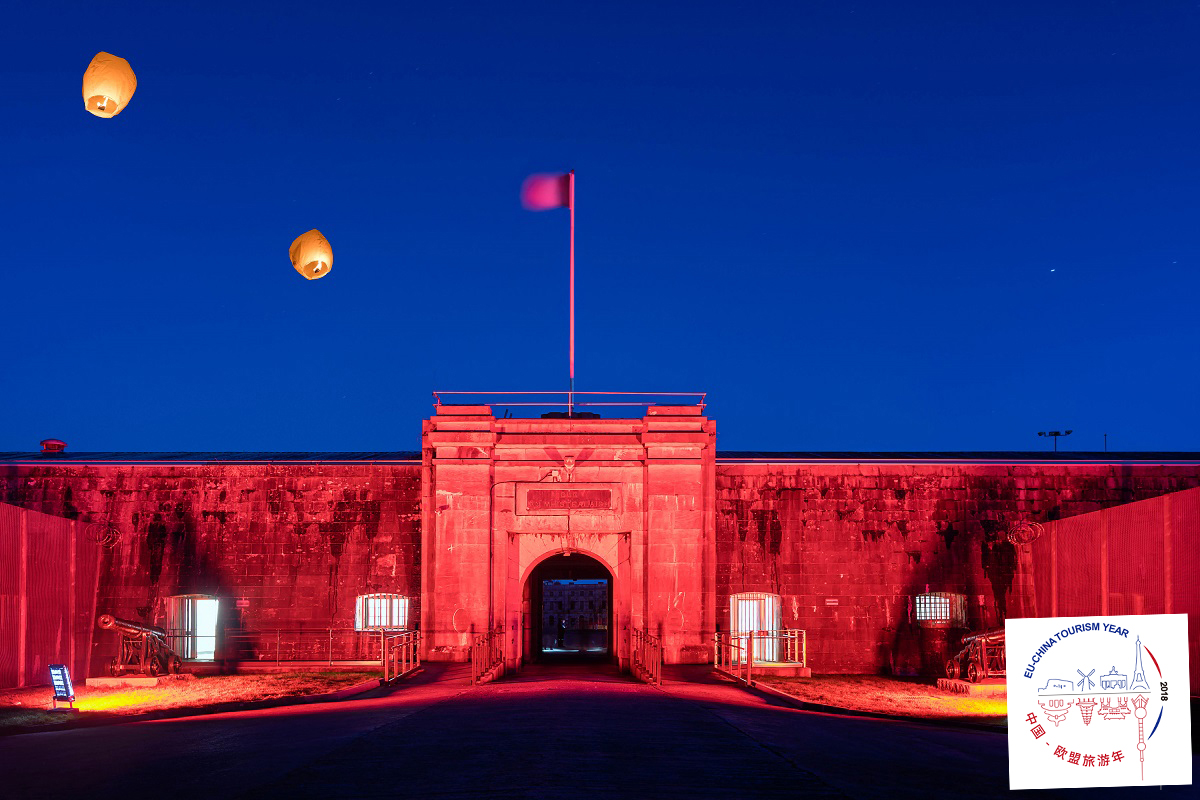 Spike Island, Europe's Leading Tourist Attraction 2017, lit up its star shaped Fort's entrance in the colors of China, red and with yellow stars, to mark the celebration of the EU pillar of the light bridge event.

The event was called ‘China Lights’ and saw the Fort’s entrance shine in red in conjunction with other European sites on both the Friday and Saturday of the event. The island has been home to a Monastery, Fortress and prison over the last 1300 years, and its Forts distinctive star shape made it very fitting for the event. Spike Island also became one of the first sites in Ireland to become COTRI approved, the Chinese outbound tourism body, as did several Cobh based attractions and tourist offices, so the island and the town of Cobh in Ireland stands ready to receive Chinese visitors now and into the future. 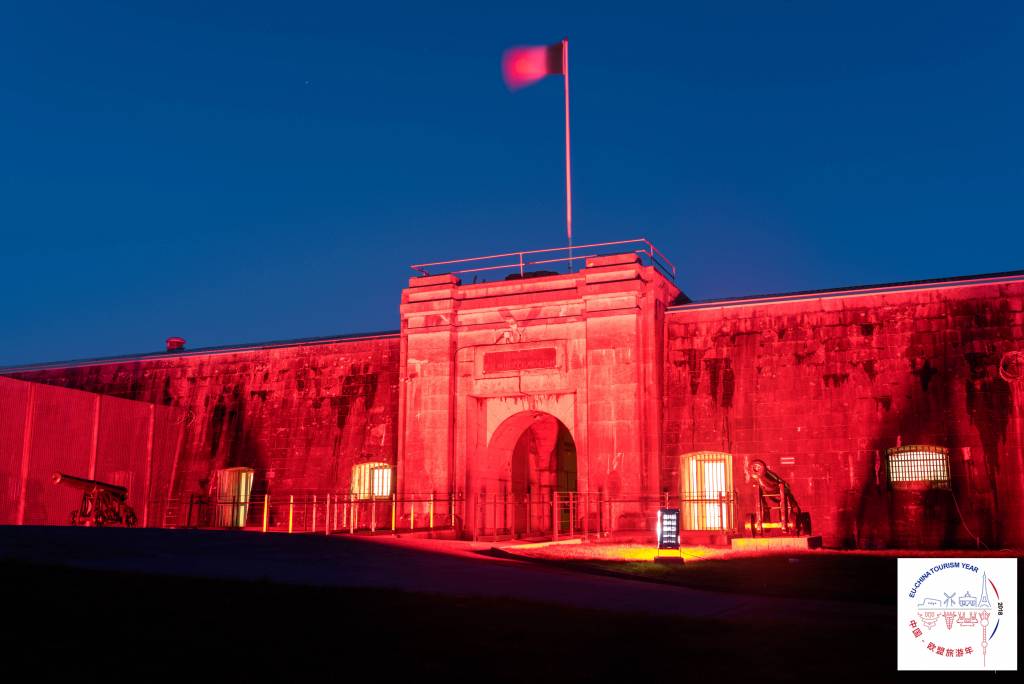 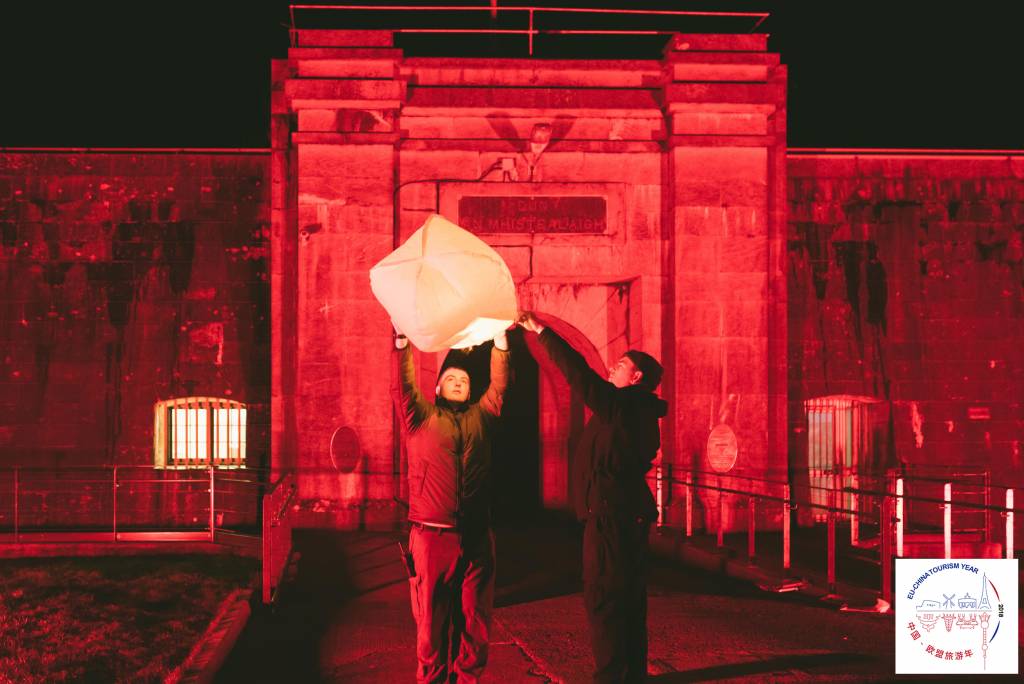