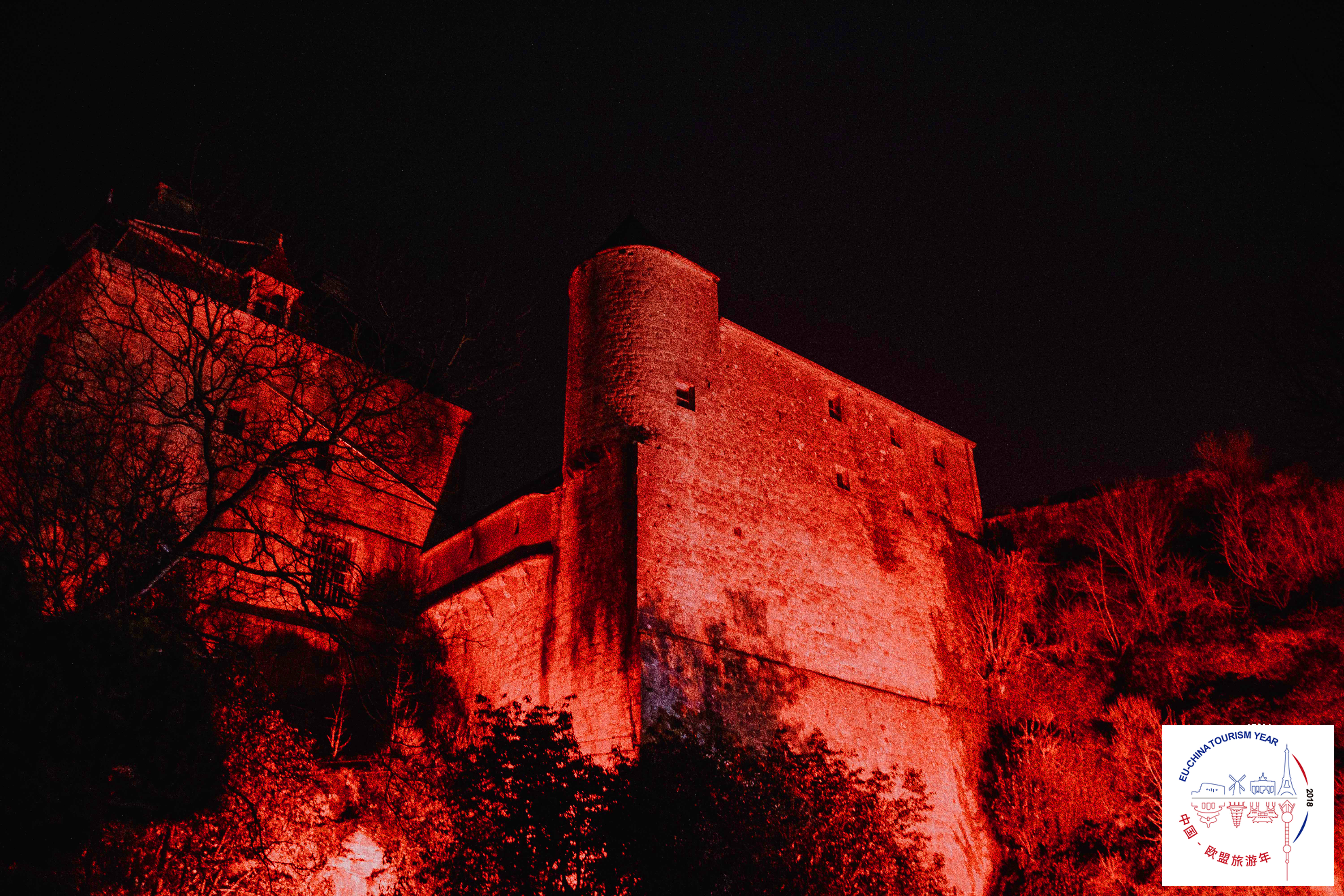 Red lights onto bridges and main buildings all around the municipality, on the famous anticline, in the old streets and the Topiary park, Sound and red fireworks show,

After celebrating the Chinese New Year in February with an art exhibition, an official ceremony, cultural performances and Chinese decorations, the smallest city in the world wishes to celebrate the special relationship between Europe and China by building a bridge of friendship between the two. On Friday 2nd and/or Saturday 3rd March bridges in the old town and the surrounding villages were illuminated, as well as the famous rock in the old town. The medieval streets of Durbuy were decorated in red, beams of bright red lights were sent eastwards towards China, along with musical fireworks to symbolise and celebrate the first pillar of the Light Bridge. Furthermore, the Durbuy and the surrounding villages around have more than 20 sister cities abroad, thus extending the knowledge and awareness of the Light Bridge worldwide. 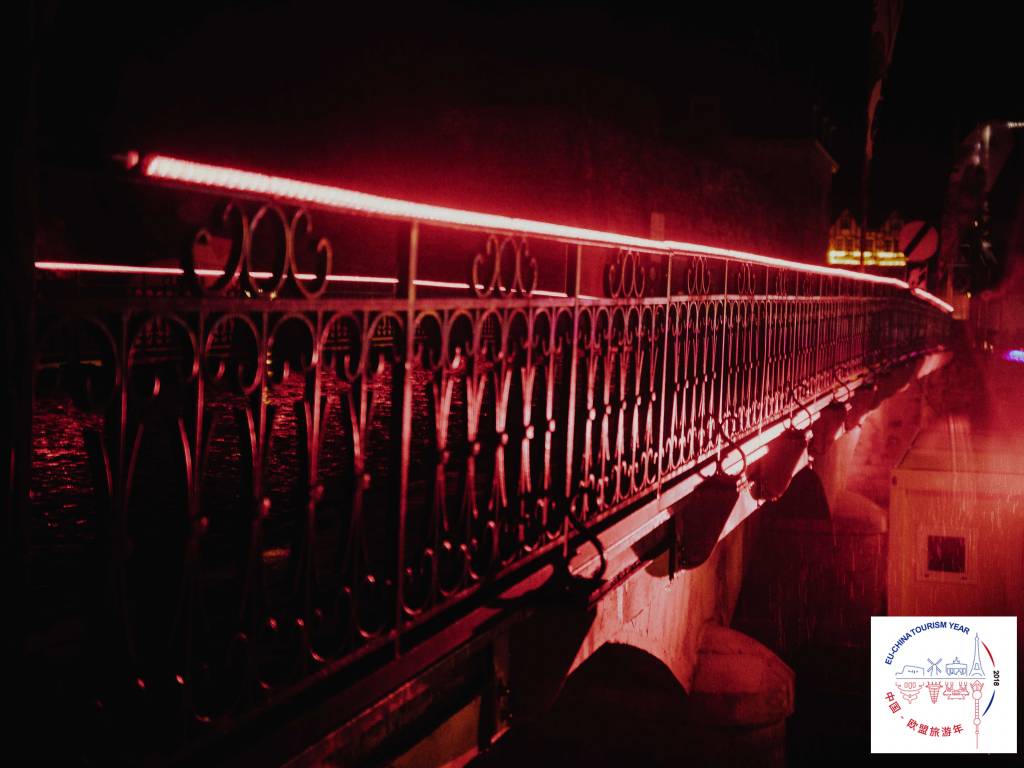 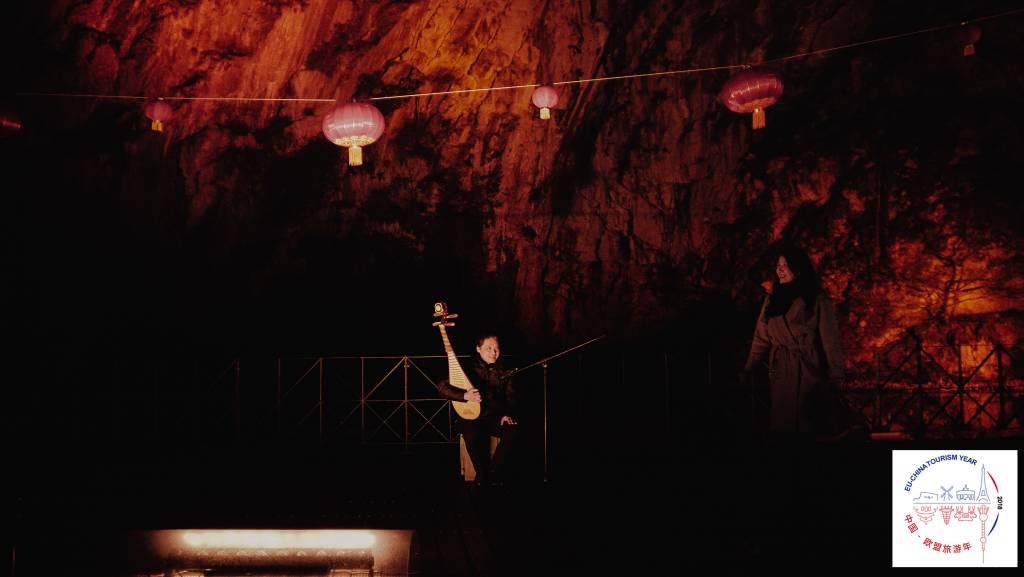