A Light Bridge from Aquileia to China 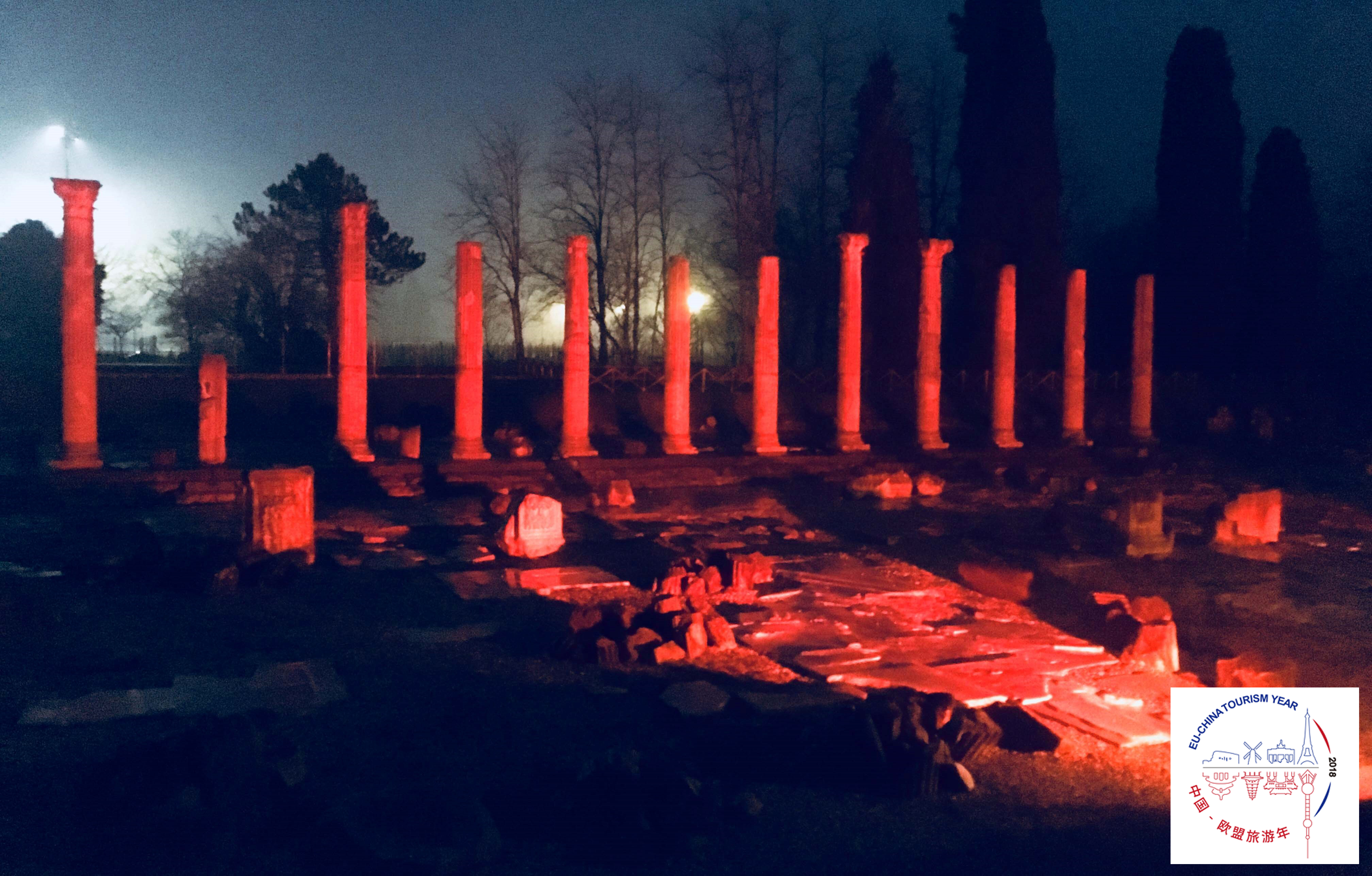 The Forum was the central place of the social, commercial and political life in the Roman settlement, a place of meeting for people of different cultures and religions. Remains of the columns can still be seen, together with decorations which were used to convey the vastness of the Roman Empire: Medusa represented the West and Jupiter Ammon, deity beloved by Alexander the Great, represented the East.

On March 2-3, as part of the Light Bridge initiative, the Forum of Aquilea was illuminated in red, the main colour of the Chinese flag, The event coincided with the Lantern Festival celebrations in China, when many Chinese launch sky lanterns as a symbol of hope and good fortune for the year to come.

Because of this, Aquileia’s sky will bright too, as people will gather inside the Roman Forum, exceptionally open for this occasion, to launch sky lanterns, as a symbol of cooperation and friendship between the European and Chinese communities.

The city of Aquileia, founded in 181 BC, was one of the biggest cities of the Roman Empire and the starting point of the main commercial, cultural and military roads in North-East Europe. Because of its cultural and archeological importance, the site was added to the UNESCO World Heritage List in 1998.

The Aquileia Foundation, the institution responsible for the protection and promotion of the site, will celebrate the EU-China Tourism Year by involving the local community of Aquileia, as well as Chinese local communities and students, in a two-day-celebration and illuminating one of the most important landmarks of the town.