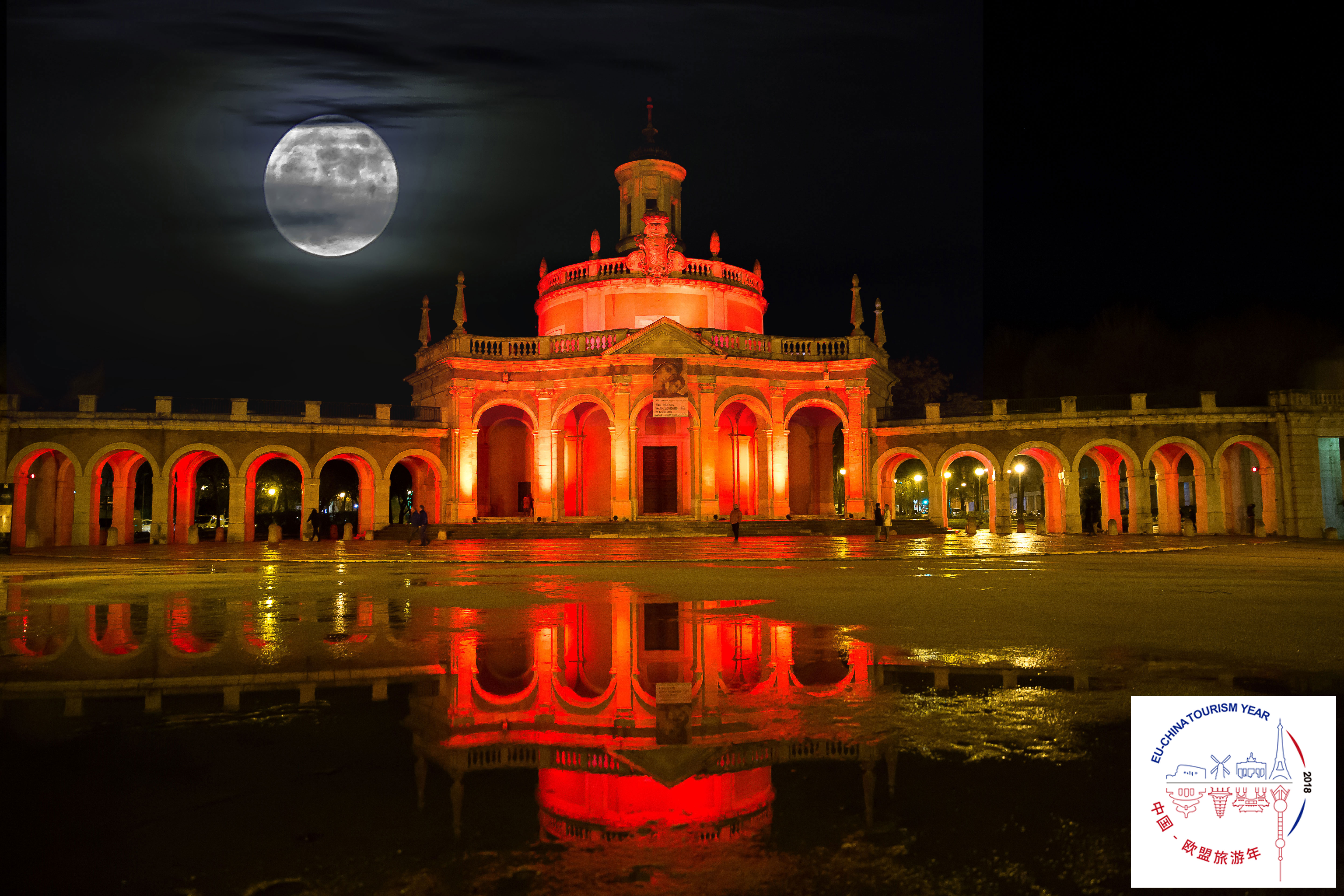 Aranjuez Cultural Landscape joined the Light Bridge initiative proposed by the European Commission and the World heritage Center of UNESCO by lighting in red the main Façade of Saint Anthony’s Church, which is the main building in Saint Anthony’s Square, one of the better examples of Baroque public facilities built in the XVIII century in Europe.

The significance of this Square is quite relevant as it was designed in 1750 to become the connection between the Royal Palace of Aranjuez and the incipient new civil settlement, the Village of Aranjuez, since Ferdinand VI was the first king to allow the civil population live in the Royal Site.

Therefore, this “Plaza” is surrounded by arch galleries connecting it with the Palace itself, creating a large rectangle following the baroque taste of huge open spaces. In the south side of this rectangular space is Saint Anthony’s Church which, nowadays, is one of the first buildings to be seen when arriving in Aranjuez by car or bus, and one of the most appreciated by visitors.

On the evening of the 2nd of March, the Façade of this Church were lightened in red as a commemoration of the Chinese New Year and a celebration of 2018 Europe China Tourism Year Light Bridge.

Ms. Mayor of Aranjuez, Cristina Moreno Moreno, presided over the event with some members of the Chinese community, representatives of Tourism and Cultural Chinese Associations in Spain. They said a few words to the public about the importance of the connection between our respective cultures and population and about the great opportunity that this kind of events around Europe brings for potential Chinese visitors. To end the event, some pieces of Music (a short Concert ) was offered by Local Music School Band.

Local representatives of Tourism, Commerce, Cultural and Civil Associations, and other relevant people in the city were invited to participate in the event, as well. 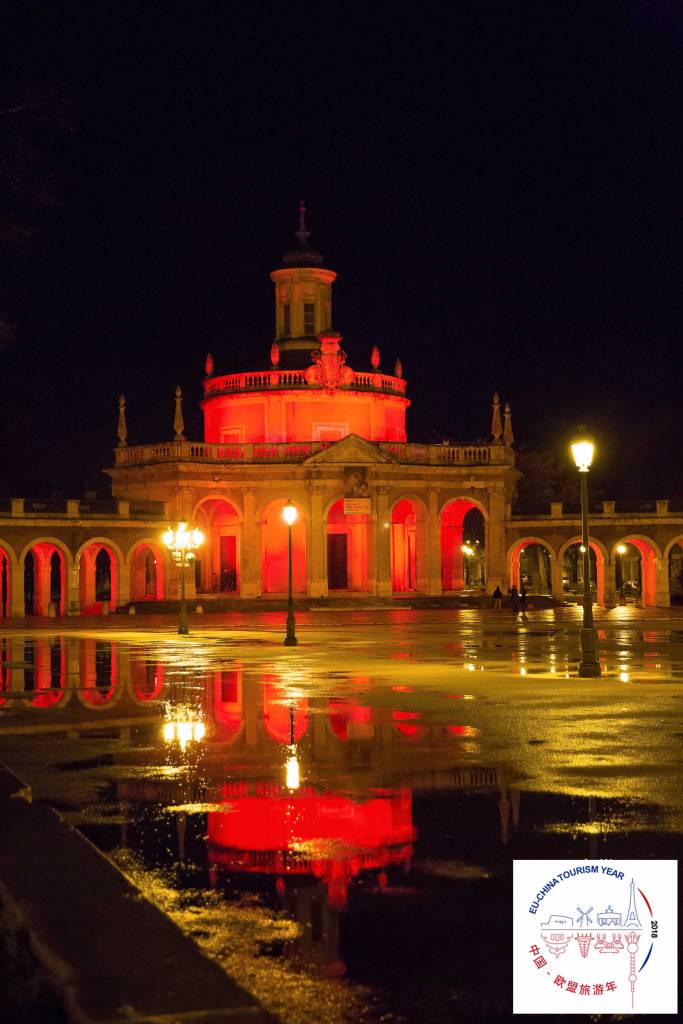