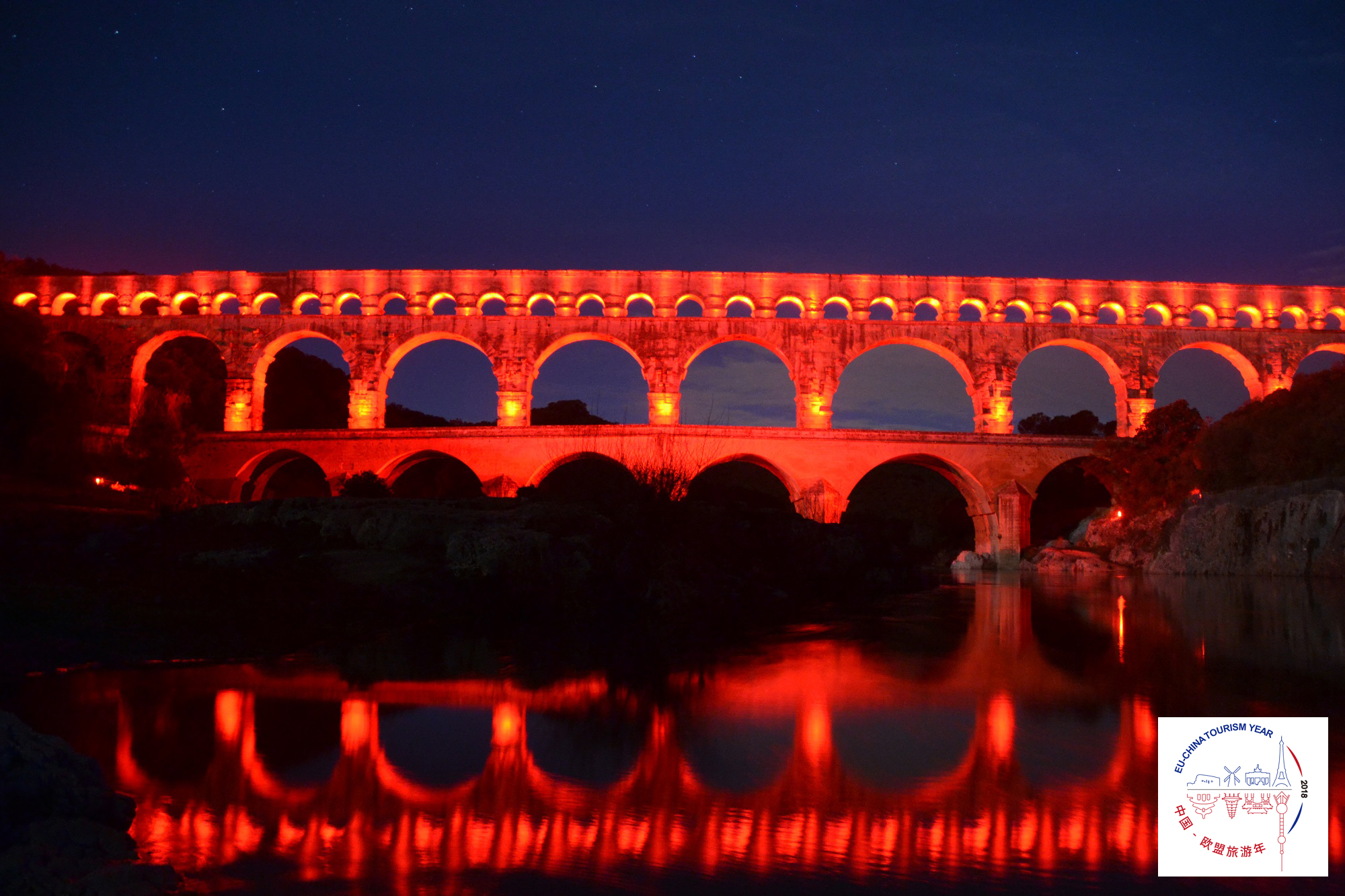 At the heart of the triangle Avignon, Marseille and Montpellier, the Pont du Gard is a major landmark in southern France.

The Pont du Gard has many advantages: large outdoor spaces, a unique landscape and an exceptional climate. It is a space which breathes culture and embodies the genius of man.

2018 was indicated as the year of  tourism between the European Union and China, and is so the opportunity for European and Chinese citizens to get to know each other better through their respective heritage and their culture. Pont du Gard,a registered monument on the UNESCO world heritage list participated, like other monuments, in this event to create a Bridge of light between China and the European Union by illuminating the site in the colors of both flags, China and European Union.