President Juncker and Chinese Prime Minister LI Keqiang unveiled the logo of the “2018 EU China Tourism Year” (ECTY) at the opening of the 12th “EU-China Business Summit” in the Egmont Palace on 2nd June 2017. 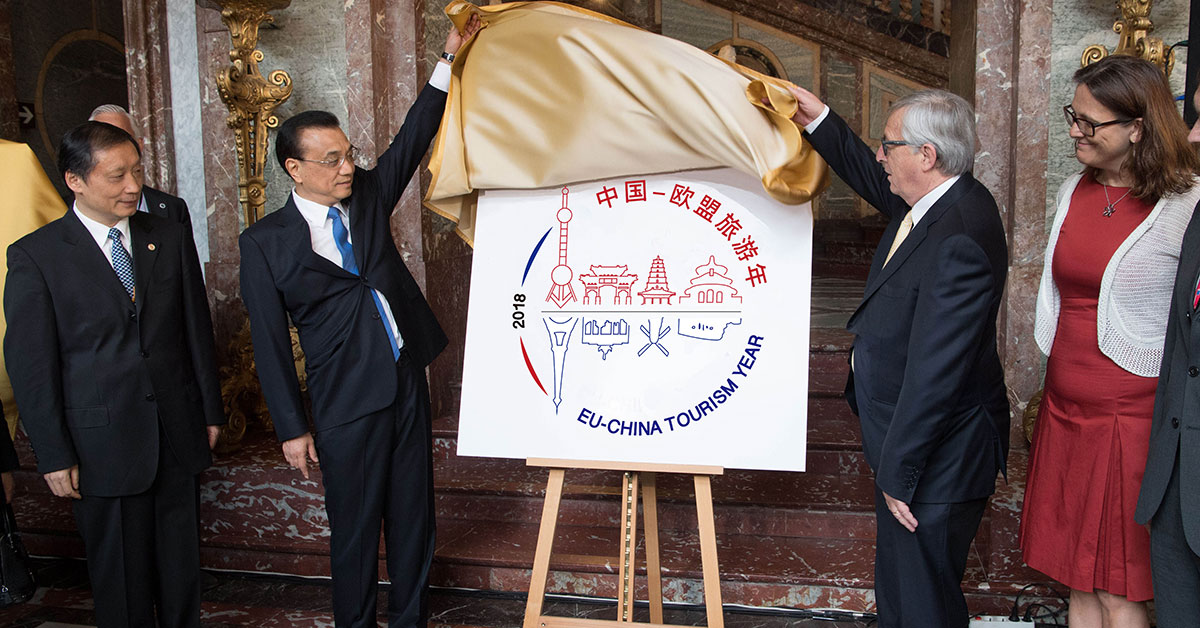 Logo unveiling by President Juncker and Prime Minister Li, in the presence of Commissioner Malmström (replacing Commissioner Bieńkowska) and Chairman Li from CNTA

President Juncker declared to the participants of the Business Summit that it “will provide new opportunities for investment and more people from both sides to discover the beauty of each other’s landscapes and ways of life”, adding “I will make use of this Tourism Year to spend half of the year in China …”.

The two leaders then joined the President of the European Council, Mr Donald Tusk, who was hosting the signing ceremony of the 19th “EU-China Summit” at Europa, the new flagship building of the Council.

They attended the signing of the Agreement on the implementation of the 2018 EU China Tourism Year. It specifies, among other things, that the opening ceremony will take place in Venice at the Doge’s Palace on Friday 19 January 2018. 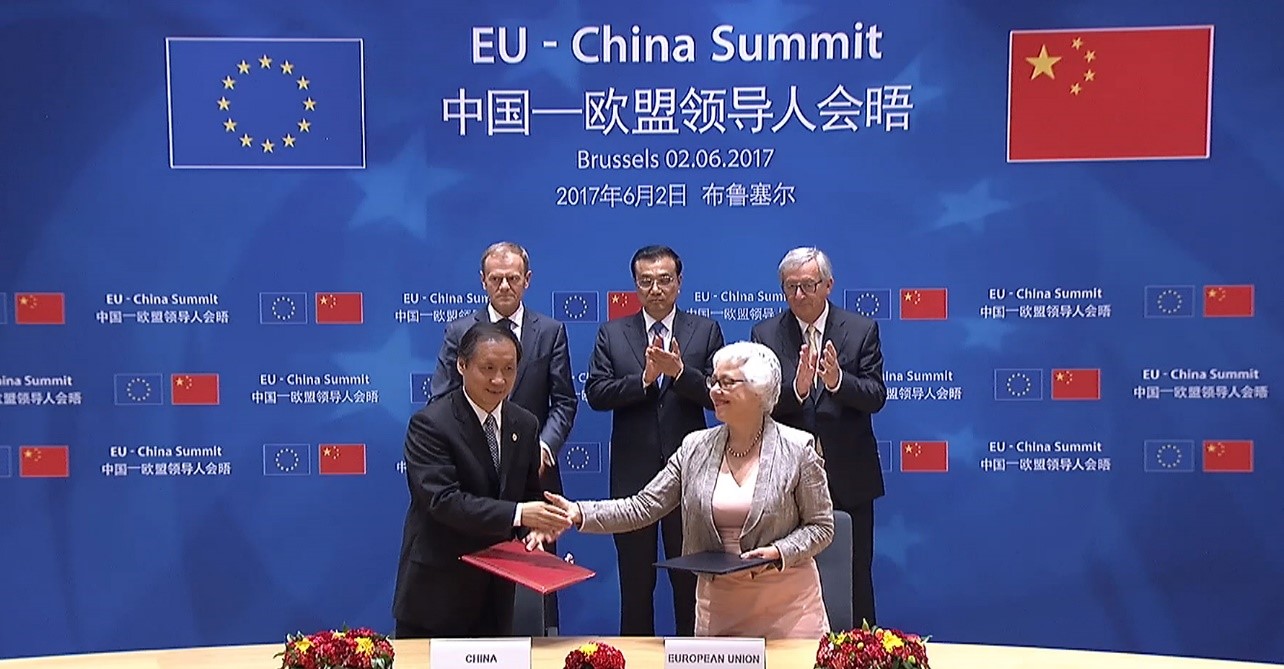 Signing of the Agreement by Mr Li, chairman of CNTA, and Mrs Lowri Evans, Director General (Vice Minister) for Internal Market, Industry, Entrepreneurship and SMEs of the European Commission.

More generally, the two sides “agreed to hold a successful 2018 China-EU Tourism Year, with a view to improving the travel and tourism experience of the two peoples and creating more opportunities for economic cooperation” (official Chinese press agency Xinhua).

Last but not least, the Commission’s Press Release (EU-China Summit: moving forward with our global partnership) underlined that this “initiative also provides an incentive to make quick progress on EU-China visa facilitation and air connectivity.” Industry on both sides underlined the importance of these two elements, notably during the EU-China side event on Digital Tourism organized at the European Parliament on June 1st.

While meeting Jane SUN, the CEO of Ctrip, Antonio Tajani announced that the European Parliament will take a series of actions to increase the number of Chinese visitors to the EU. Ctrip became in 2016 the second largest Online Travel Agency (OTA) in the world, breaking the US duopoly made of Priceline (Booking.Com …) and Expedia. It is one of the companies interested in becoming a major partner for the ECTY.